Where to Find the Best Gelato in Rome

There seems to be a gelateria on every street corner in Italy but take note, not all gelato is created equal. Avoid shops with mountains of gelato that is piled high and glowing with artificial color. The good stuff follows the flavors and colors of the season and is stored in flat containers or covered wells to ensure the correct temperature is maintained all day long. Here are some of our favorite spots in Rome to enjoy gelato. 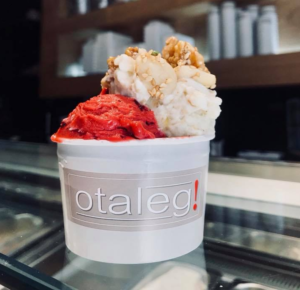 Long well-known among foodies for its top-notch gelato, Otaleg’s popularity has soared since moving from slightly-out-the-way Monteverde to the busy Trastevere neighborhood in 2018. Owner Marco Radicioni once worked under Claudio Torcè and his old boss’s influence is evident in the selection of innovative flavors. Combinations such as crema, sesame, and sour cherry, or even cacio e pepe (pecorino cheese and black pepper, after Rome’s famed pasta dish) might seem odd at first but are well worth trying. There are plenty of traditional flavors too, from refreshing fruit sorbets to creamy nut creations. All delicious, though our particular favorites are the pistachio and the tiramisu flavors. 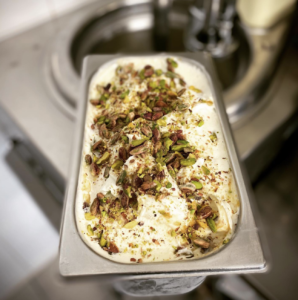 Among the first to experiment with savory flavors, Claudio Torcè has inspired a host of gelato-makers to be bold. Claudio’s famous creations often take singular ingredients such as celery, carrot, or black sesame and distil them into gelato form, resulting in a pure, fresh flavor that is both surprising and surprisingly moreish. Typical flavors are on the menu too and follow the same ingredient-led approach, so expect the most mango-y, most peachy, most hazelnutty gelatos you’ve ever tasted. 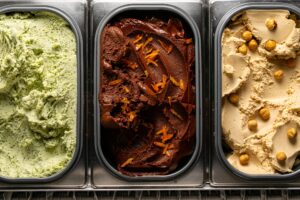 Choosing a flavor at Fatamorgana might be trickier than you expected. If it’s chocolate you’re after, there could be any number of options including milk or cream based gelati with Belgium or Venezuelan chocolate, sorbets made from Equadorian or Madagascan chocolate, even chocolate flavors infused with punchy wasabi or smoky tabacco. Like all the best gelato-makers, owner Maria Agnese Spagnuolo choses the best ingredients and lets their flavors shine. Fatamorgana now has a number of shops across Rome and has also expanded to include two franchises in LA.

We love the Monti location best, it’s just a few minutes from our Daphne Terrace Suite and is situated in a tucked away piazza that’s perfect for people watching. 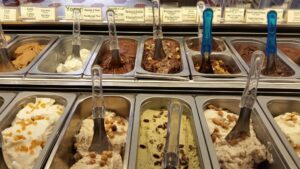 Every Roman has their favorite gelateria and the spot you’d hear named most often by those living in the Prati neighborhood was Gelateria dei Gracchi. Now, there are four locations across town so more of us can enjoy the rich, creamy, and comforting gelato on offer. The dense texture whipped up at Dei Gracchi lends itself well to nut-based flavors such as hazelnut and honey, roasted chestnut, and Bronte pistachio from Sicily. 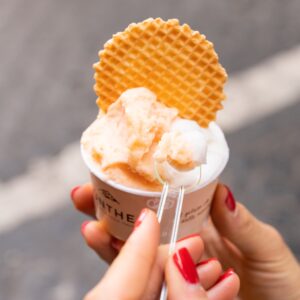 Hailing from Trentino Alto Adige in the north of Italy, Günther Rohregger opened his first gelateria in Rome in 2012. Now with four venues across town, including in gourmet food hall Mercato Centrale in Rome’s Termini station, Günther is well known among Romans for his exceptionally creamy, velvety textured gelato. The attention to detail here is immense, as evidenced by the choice of ingredients, which includes lemons from the Amalfi coast, Indonesian cinnamon, local Lazio buffalo milk, and Dolomite spring water, chosen for its unique mineral composition.