The Most Beautiful Streets in Rome, Italy

From ornate churches to fascinating museums, the Eternal City is packed with impressive sights to explore. Linking it all together is a network of roads, lanes, and avenues, all with their own charm to discover. We present to you, the most beautiful streets in Rome – where you can walk on the same cobbles as ancient Romans, movie stars, generations of local artisans, and more. 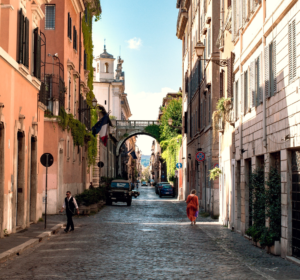 Designed by Bramante and commissioned by Pope Julius II, Via Giulia was a major urban planning project in Renaissance Rome. The elegant buildings are now some of the city’s most prime real estate and the area is home to embassies and academies, as well as a lucky few long-term residents. This cobbled street is perfect for a passeggiata (stroll), start at Ponte Sisto and see the 17th-century Fountain of the Mascherone, before passing under the Michelangelo-designed Farnese Arch. 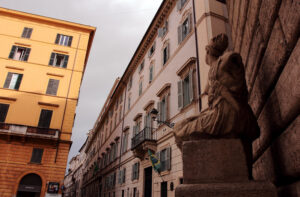 Via del Governo Vecchio is known for its eclectic collection of shops, bars, and boutiques that make it a great spot to while away the hours, but it’s also an architecturally fascinating street. Once the home of the old government (or governo vecchio), the thoroughfare is flanked by 15th and 16th-century palazzi with all kinds of intricate details to enjoy. Keep your eyes peeled for an ancient Ionic column embedded in the wall of a building, a fresco of the Madonna in an ornate oval stucco frame, and a 15th-century house decorated with portraits of jurists. At the end of the street, you’ll find Pasquino, one of the so-called ‘talking statues’ of Rome, traditionally used as a noticeboard for poems, criticisms, and other social commentaries. 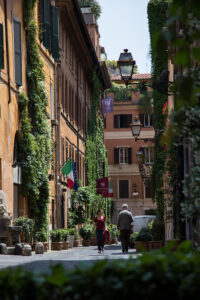 Known as the street of artists and artisans, Via Margutta is surprisingly leafy green and secluded considering its central location near Piazza del Popolo, and its upscale aesthetics only add to the oasis-like vibe. Here you’ll find independent art galleries, ateliers, and workshops – it’s a great spot to pick up a handmade souvenir of your time in Rome. Director Federico Fellini once lived on the street but its most famous resident is Joe Bradley, Gregory Peck’s expatriate reporter in the classic rom-com Roman Holiday.

Our Spanish Steps Terrace and Dream Penthouse are both nearby Via Margutta and this exclusive area of Rome. 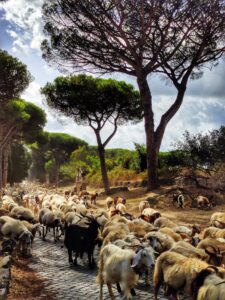 Stretching from Rome to Brindisi in Puglia, the Appian Way was built in the third century BC and was one of the most important roads of both the republic and the empire. The well-preserved stretch in the Parco dell’Appia Antica is full of history, with catacombs, churches, funerary monuments, and other archaeological ruins to discover. At weekends especially, you’ll find locals and tourists enjoying a walk or bike ride in this bucolic setting. 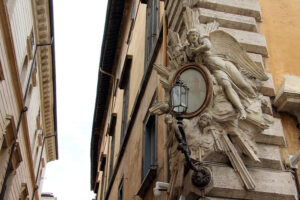 Ranked one of the most beautiful streets in the world by Architectural Digest, Via dei Coronari is a picturesque stretch of Renaissance buildings, some with a few medieval details remaining. Today, antique dealers and purveyors of art, bespoke furniture, and other luxury goods have set up shop here, along with a smattering of restauranteurs to keep you fed and watered while you explore this little slice of Romanity. Don’t leave without making a stop at Gelateria del Teatro for a restorative cone of gelato, we love the fondente al Nero D’Avola flavor, an irresistible mix of dark chocolate and Nero D’Avola red wine.