Rome has been inspiring people to put pen to paper for millennia. As well as producing its own homegrown talent, the Eternal City has also attracted writers, poets, and other creative types from around the world. Here, we take a look at some of the city’s most celebrated literary figures and the sites they frequented during their time here. 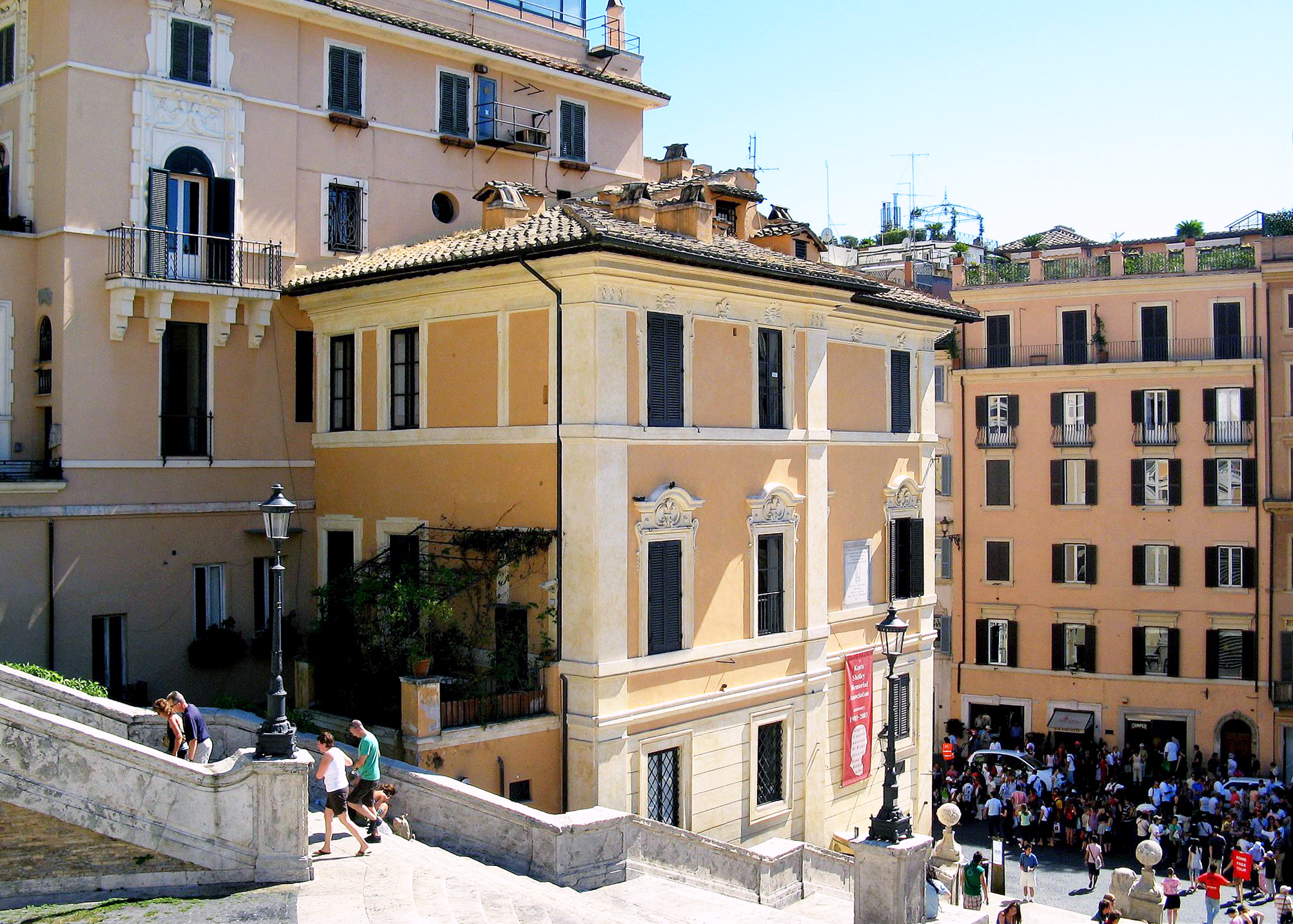 The Keats-Shelley House seen from the Spanish Steps © HarshLight/Flickr

Romantic poet John Keats came to Rome in 1820, hoping to improve his ailing health with a dose of Italian sunshine. Unfortunately, his health didn’t improve and he died of tuberculosis just a few short months later, at the age of 25. The house he rented at number 26 Piazza di Spagna is now a museum, housing artifacts from not just the poet’s life but the life of friend and fellow Romantic poet Percy Bysshe Shelley. The museum itself is modest in size but boasts an extensive collection of books, memorabilia, letters, manuscripts, and paintings relating to the pair. Keats’ death mask and a replica of the bed he died in are especially evocative pieces. 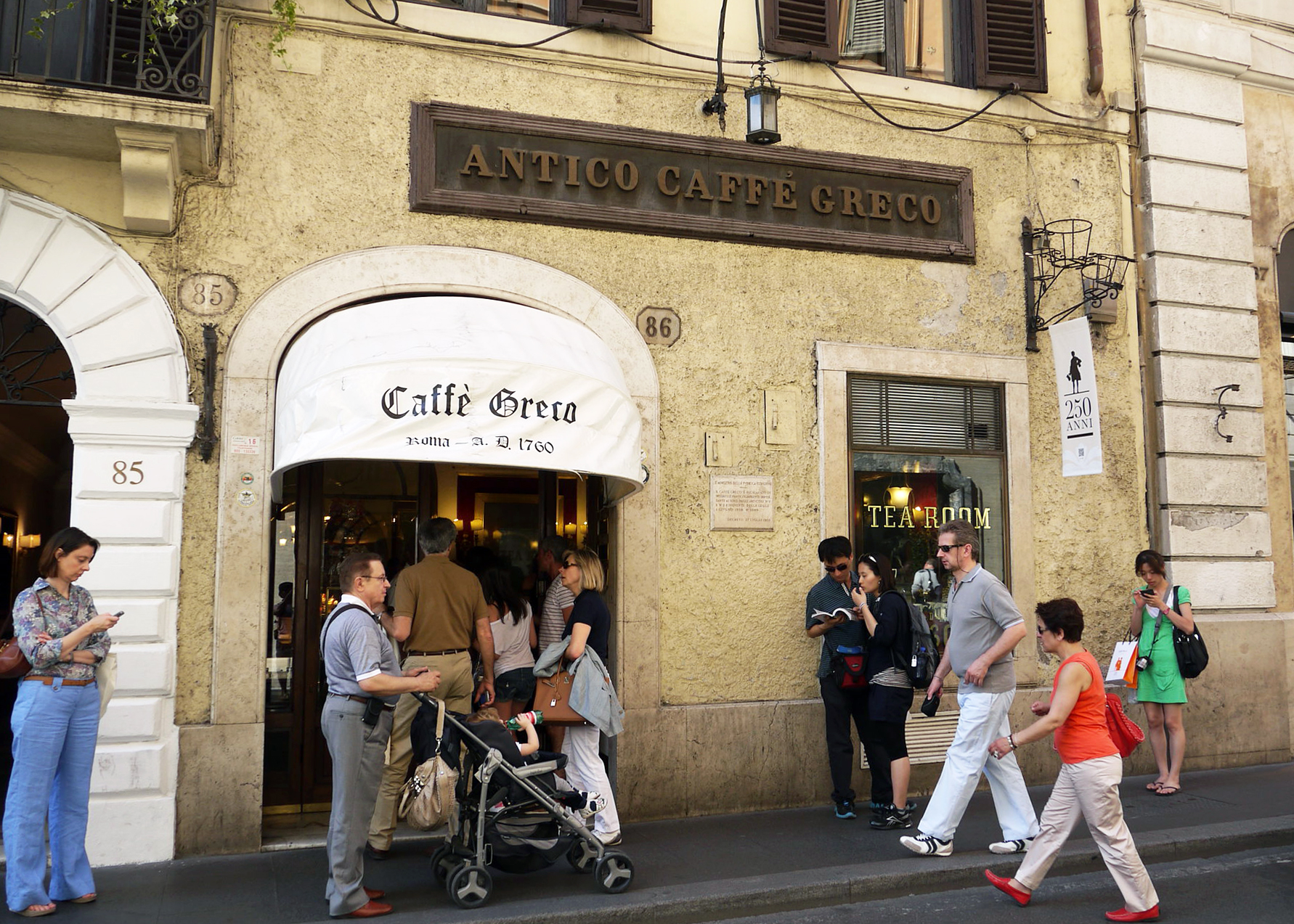 The area around the Spanish Steps was once so popular with well-heeled travelers  (including those on the Grand Tour), it earned the nickname the English Quarter, or even the English Ghetto. The area’s meeting point was Antico Caffé Greco on Via dei Condotti. Now Rome’s oldest coffee shop, Antico Caffé Greco opened in 1760 and provided caffeine hits to literary figures such as Stendhal, Goethe, Byron, Hans Christian Anderson, Mark Twain, and, of course, Keats. With its marble-top tables, red velvet chairs, and gold-framed artworks, the coffee shop has retained its period feel and is the perfect spot to sip a cappuccino and, if inspiration hits, pen a few lines. 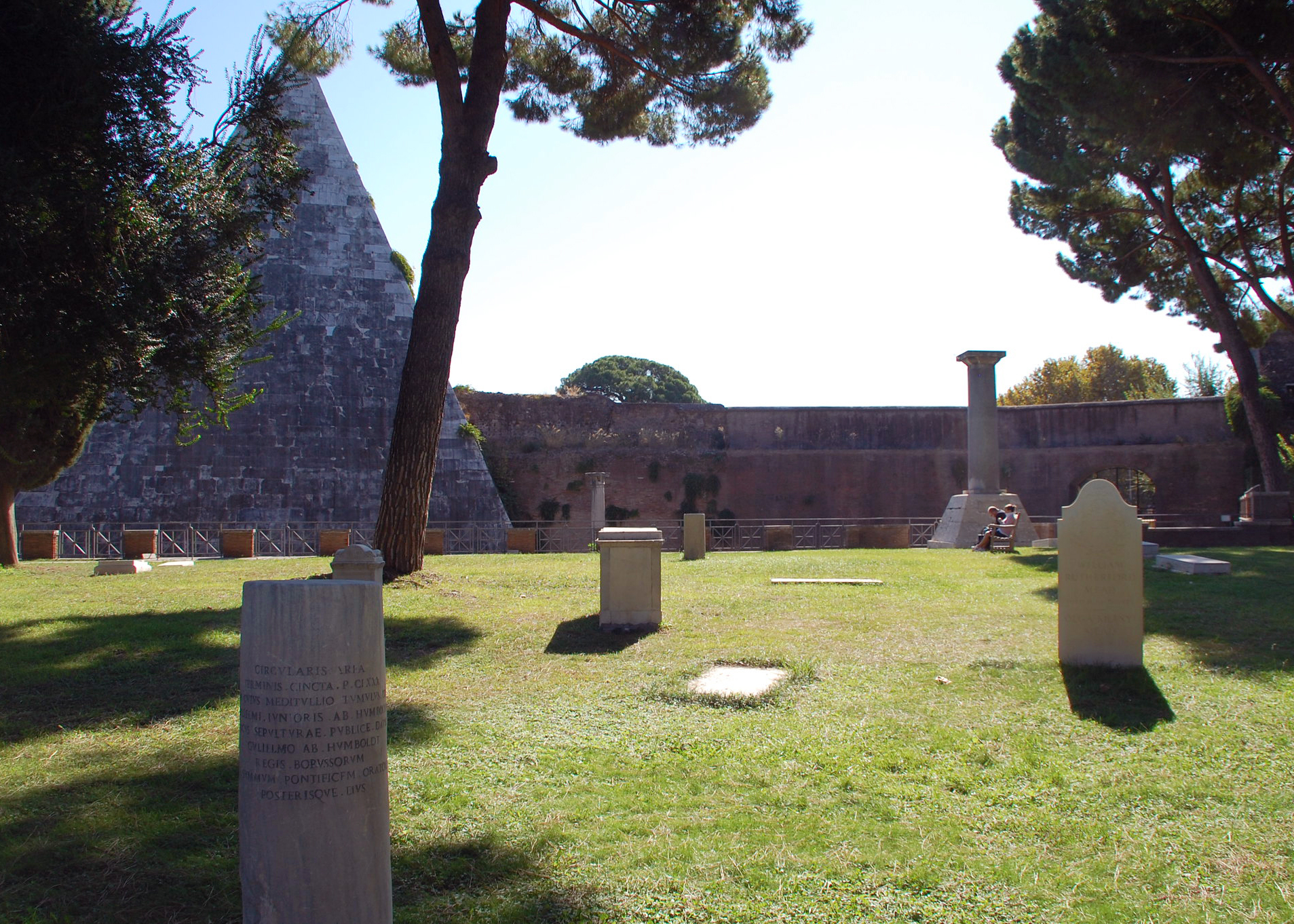 Tucked behind an ancient Egyptian-style pyramid and a section of the Aurelian walls is the Non-Catholic Cemetery of Rome. The verdant enclosure is a welcome relief from the chaos of the busy streets outside and is the final resting place of both Keats and Shelley. Over the years, the cemetery has filled with the graves of writers, scholars, painters, and other travelers who found inspiration in the city. The maze of headstones and funerary sculptures is interspersed with cypress trees, perfectly pruned hedgerows, and the occasional lounging cat. 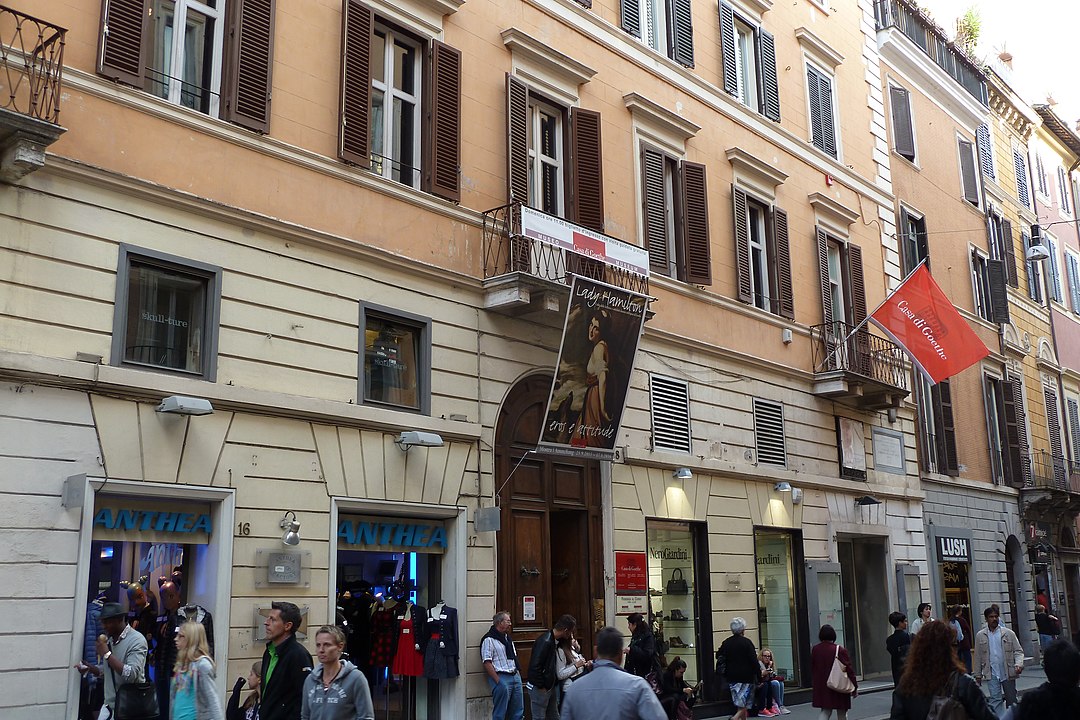 Johann Wolfgang von Goethe was a German statesman and writer of novels, poetry, drama, and scientific treatises, to name just a few of his many disciplines. From 1786 to 1788 he journeyed throughout the Italian peninsula and was especially inspired by the south, writing “To have seen Italy without having seen Sicily is to not have seen Italy at all, for Sicily is the clue to everything.” His diary entries would later form the basis of Italian Journey, his post-travel report on the bel paese. His time in Rome was brief – just three months – but the house where he stayed on Via del Corso is now a museum dedicated to the cultural impact of his work. In addition to letters, diary entries, and other original documents of Goethe’s, the collection includes drawings and sketches by painter (and housemate) Johann Wilhelm Tischbein. The most famous portrayal of Goethe – and the multicolored jewel of the exhibit – is the flashy screenprint by Andy Warhol in the museum’s permanent collection.

Looking for accommodation near Rome’s literary sites? Our Spanish Steps Terrace is within walking distance of the Keats-Shelley Memorial House, Antico Caffé Greco, and the Casa di Goethe while the Non-Catholic Cemetery is just a short metro journey away.