"Triumphs and Laments": a special way to discover the history of Rome

Victories and defeats, glory and shame, centuries of history and magnificence. “Triumphs and Laments: a project for Rome” is a major new work by the South African artist William Kentridge on the Lungotevere. It was inspired by the Eternal City: 500 meter-long-frieze of more than eighty figures up to ten metres high. 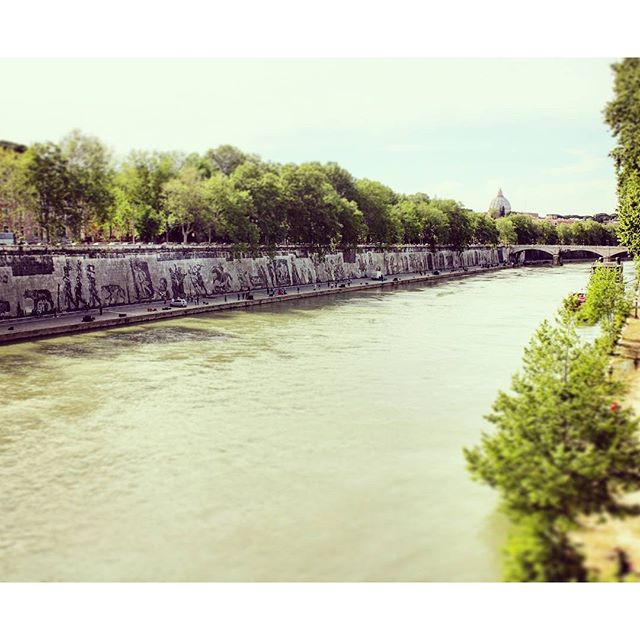 We loved this project at first sight because we also love what the river Tiber represents. A lot of people spend their spare time there jogging, talking, kissing, walking or enjoying the sun. Now it’s like doing all these things being surrounded by art, history, culture and grace at the same time.
“Triumphs and Laments” was realized using the biological growth and the pollution which make the travertine stones of the walls dark: they were washed away to model a series of different and astonishing images. 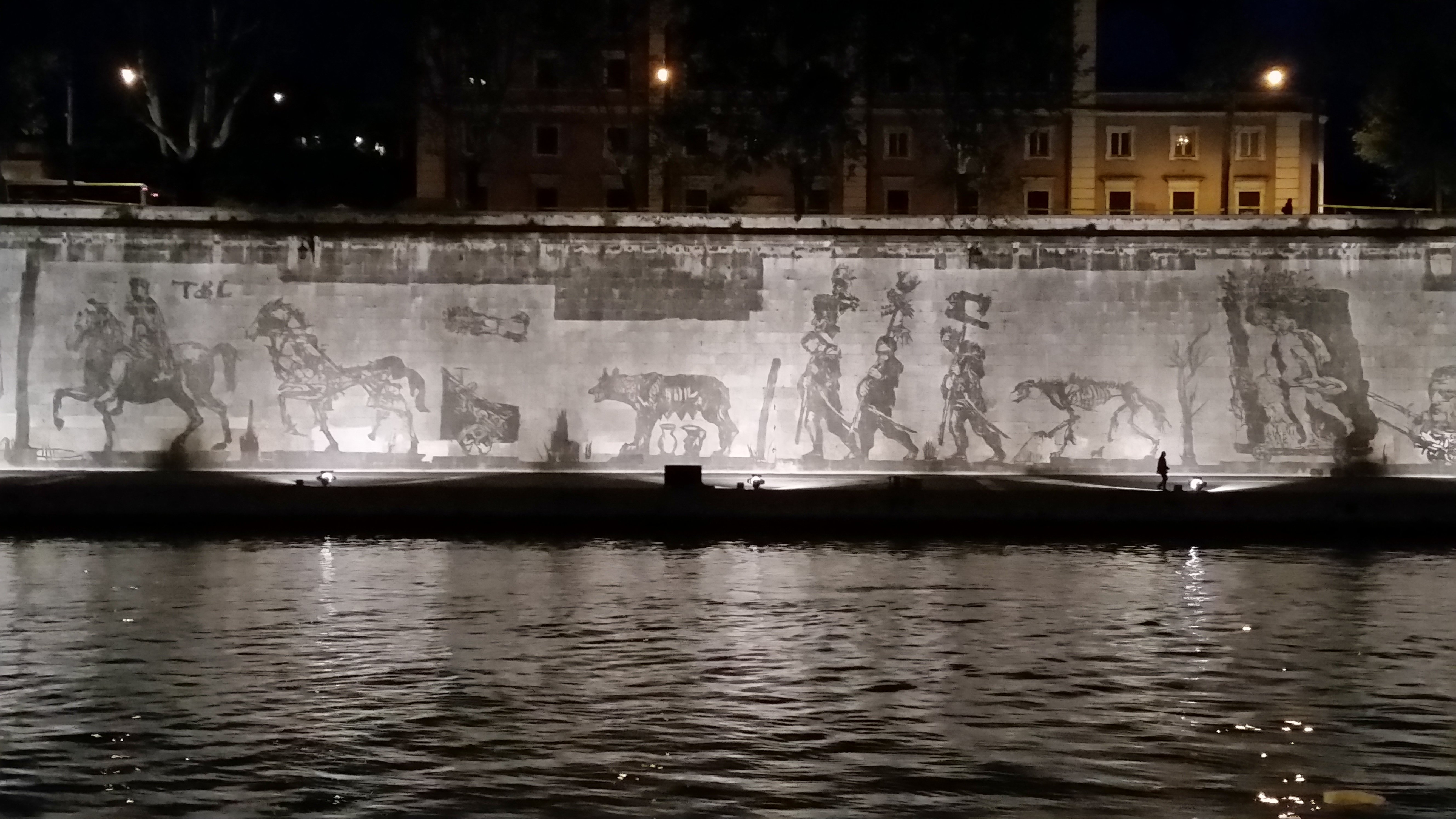 “Triumphs and Laments” by night

On April 21, the birthday of Rome, its Grand Opening took place thanks to Roma Capitale and Tevereterno. The show featured live dancing shadows and two musical processions- one for the Triumphs, the other one for the Laments- which met at the centre of the masterpiece. Everything seemed to come alive. It was a suggestive show which involved more than forty musicians and vocalists. The public was on the other side of the river or above, on the Ponte Sisto, touched by its great beauty. 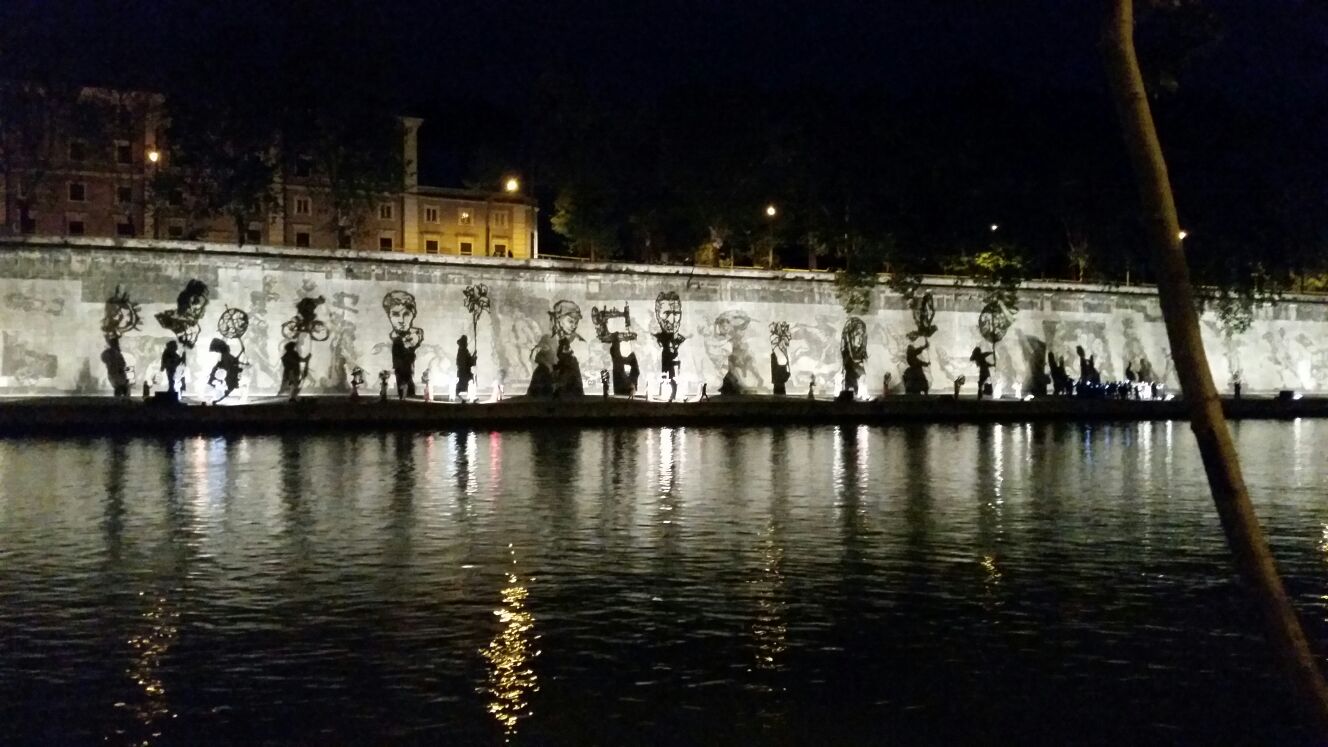 Triumphs and Laments- the premiere on April 21

Over the years the stones will darken again and the images will disappear. This is the essence of the project: it’s ephemeral.
Hurry up: time goes by, get this opportunity and enjoy this part of Rome dreaming about past and future.
http://www.triumphsandlaments.com/